Oh Pumpkins how I love you! I like you in so many ways! It's a fall thing. Although you are delicious and appreciated any time of year! There are so many varieties to choose from. Each unique and purposeful in their own way. Some grow to sizes of disbelief while others stay tiny and cute. Pumpkins are used for decorating, eating, and of course competing. I mean, have you seen some of those pumpkins? WOWSA! As for me, I like to have a few decorative ones sitting on my thanksgiving table, but the others end up in my kitchen! There are specific pumpkin varieties for canning, and others for pie making, and even one for butters! I was gifted one of these earlier in the season, and finally got around to using it! Check out my Facebook page to see it live! www.facebook.com/TheInquisitiveFarmwife
So, here I am....finally using my pumpkin! A thing of beauty! I wondered how I might cook it. I originally thought I'd leave the skin on and roast in the oven or my large cooker. Then it dawned on me that I have this awesome time saving device known as the Electric Pressure Cooker! This is how I now survive life! I have a really big one, so I can cook massive amounts of stuff! 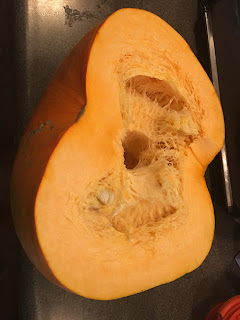 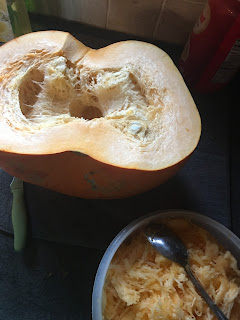 First thing, rinse the pumpkin of any dirt. Don't want that falling in anywhere. Next I halved it. I tried to pull out the pulp and seeds, but that was a large task, so I cut it in half again! Now I was able to take a large spoon and scoop it all out. I thought about saving the seeds to roast, but there really wasn't very many, so instead my farm animals will get them too! On a side note: some people feel that the seed and pulp mixture is a good worm deterrent for livestock and poultry! I then cut the pumpkin into smaller chunks. This made it easier to skin them. I saved this for the animals too! Because I used a knife instead of a peeler, there was still some flesh on there for the chickens to pick at, and the goats nibble at it too! 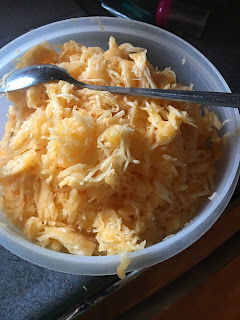 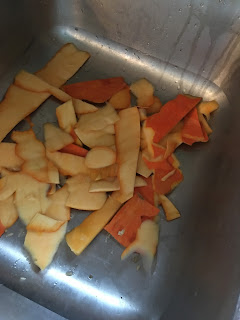 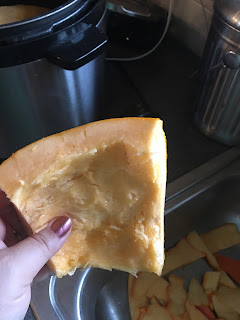 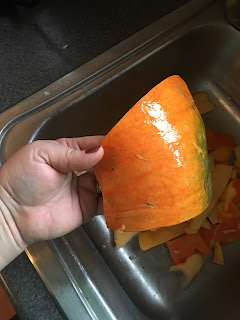 I gave the chunks a good rinse and into the pot they went. How great is this, the entire pumpkin fit into the cooker! I added 2 cups and set the time for 30 minutes. This was more than enough time to cook the pumpkin, but my chunks were large and I wanted to make sure they were good and soft! After a Natural Release (this is when you allow the cooker to slowly release pressure on it's own) I opened the lid to find nearly half a pot of soft squishy goodness!
Next the pumpkin goes into a small mesh strainer. Another option would be to use layers of cheese cloth. What you're wanting to do here is to strain away as much of the water as you can. I like a thick pumpkin butter, so I let it sit for awhile. 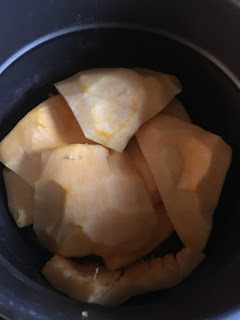 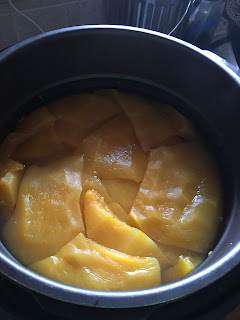 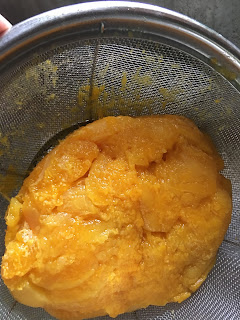 We are nearly there! And this is when you can get creative! There are so many different recipes out there, and I'm sure that your grandmas is the best! But since grandma isn't making it today, lets play around with some ideas! You'll need some sort of sweetener. White Sugar, Honey, Steevia, or like this recipe, I added a cup of brown sugar. Ohhhhh baby....now the spices! Cinnamon, Nutmeg, Ginger, Salt, and on and on....let your taste buds lead the way! There are no real measurements here, just what tastes good! I was craving pie, so a simple solution was to grab the already mixed Pumpkin Pie Spice and sprinkle away. I added around 4 tsp. Now mix it all up! 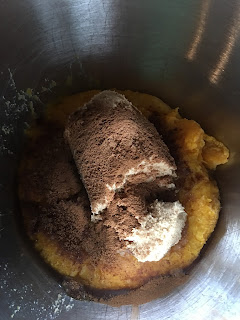 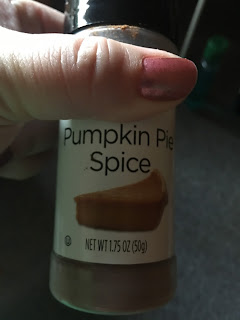 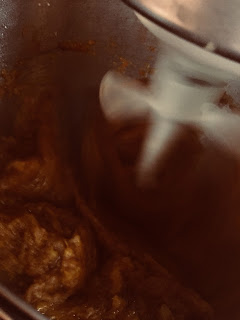 If you stopped here.....you'd be fine! This is totally edible and ready for use. However for my family, we like a smoother texture, almost like applesauce! So I put it in the food processor and whirled it around a few times and let me tell you.....I had to taste it right then and there! A dash of salt, and it's ready for packaging.  This is a lovely gift that anyone can enjoy!  There are so many packaging options out there, but personally think that a glass canning jar makes for a great presentation!  Once you choose the perfect jar, you can embellish with ribbons and tags! 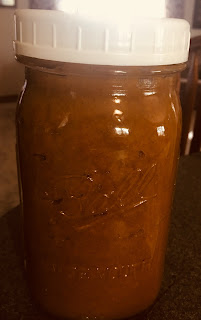 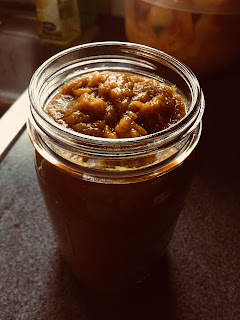 I chose to put ours in the fridge and use it up fresh. I could've put it into smaller jars and canned it. It could be frozen. And of course added to other recipes. Ours will be used before it even has a chance to go bad, so into the fridge it goes! I didn't have the patience for fresh bread, but this toast was a breakfast of champions! It was like eating pie! Fresh delicious homemade goodies at their best! Well, that's until I whip it up with some cream cheese! Or add it to my coffee.... oh how about mixed with cream cheese and spread on ginger snaps! Yummm!!!!  I think I need to make some pumpkin pie butter stuffed cinnamon rolls made with my homemade cinnamon extract, oh yeah!!!! 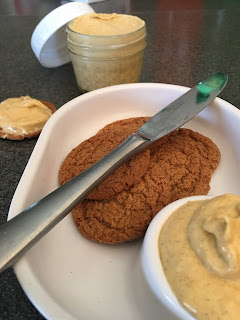 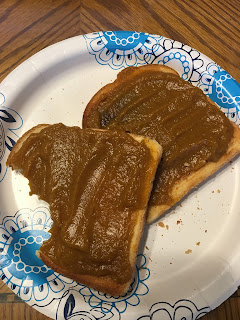